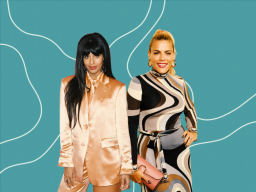 Individuals deserve bodily autonomy and the right to get a safe and common medical procedure when they need it. And although the majority of Americans support abortion access, for some reason this idea is still up for debate and regularly under attack from lawmakers.

Over the past few years, following an uptick in moves against reproductive rights, a few of Hollywood’s biggest stars have made their personal lives political and drawn attention to the issue of abortion. While often celeb-led movements are super cringe, stars being vocal and unapologetic about their own abortion stories is actually invaluable in normalizing the experience and lifting the stigma that surrounds it. After all, when people have the ability to choose when and if they want to grow their families, they have a better chance of accomplishing what they want to do and living the lives they want. And seeing high-profile people share their own reproductive health choices (and the positive aftermath of having that access), it’s an overwhelming reminder that we pretty much all know and love someone who has had an abortion.

As Michelle Williams said in her 2019 Golden Globes speech: “When you put this in someone’s hands, you’re acknowledging the choices that they make as an actor moment by moment, scene by scene, day by day — but you’re also acknowledging the choices they make as a person. The education they pursued, the training they sought, the hours they put in. I’m grateful for the acknowledgement of the choices I’ve made and I’m also grateful to have lived at a moment in our society where choice exist because, as women and as girls, things can happen to our bodies that are not our choice.”

Ahead — from Busy Phillips to Nicki Minaj, Ashley Judd to Stevie Knicks — here are some of the real celebrities (who we totally love) who are changing the conversation surrounding abortion and inspiring vigorous action. (And we love that too!)

A version of this story was published December 2020.