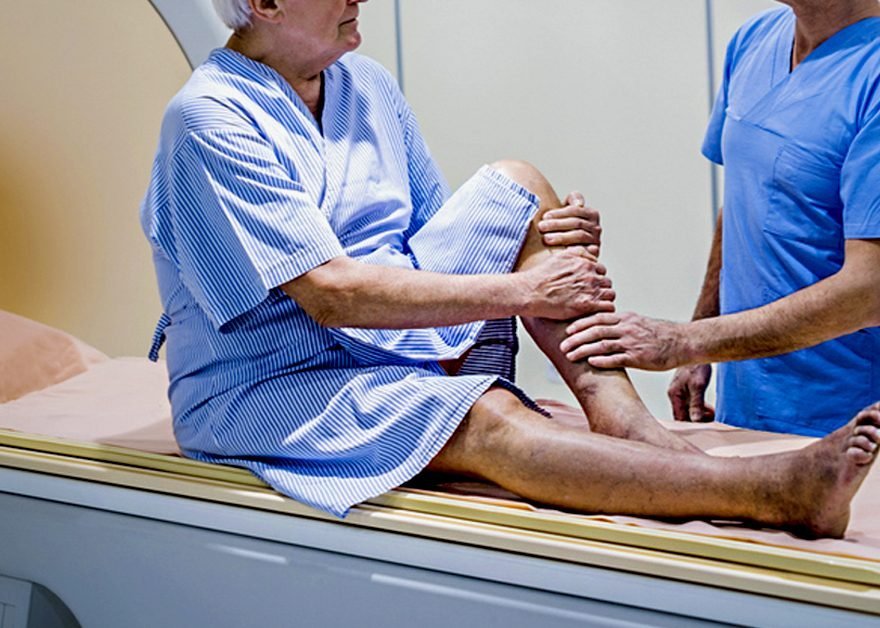 New research shows that PET scans — a type of imaging primarily used to diagnose or monitor cancer — might also be able to spot RA.

If you have ever heard of a PET scan, then you have likely heard of it in relation to cancer.

PET imaging (positron emission tomography imaging) historically has been used to look for or monitor cancer presence or progression.

Recently, it was found that PET scans may also be able to detect rheumatoid arthritis (RA) by using an innovative new technology.

A South Korean research team developed a special targeted tracer, also called an imaging agent, that is specific to RA and can also be read in a PET scan.

The tracer highlights the translocator proteins produced when white blood cells are active in the inflamed joints of RA patients.

These proteins and the white blood cells become active as a part of the autoimmune response associated with RA and similar illnesses.

The Korean research team’s discovery was published in the Journal of Nuclear Medicine.

The agent they invented is known as F-FEDAC.

They are calling it a “targeting agent for activated macrophages.”

The macrophages become activated due to immune malfunction associated with the rheumatoid disease process.

The F-FEDAC agent helps spot these activated macrophages and, as a result, can locate RA activity. This could prove to be useful in monitoring or diagnosing the disease.

The Korean scientists monitored collagen-induced mice and noted that the uptake of F-FEDAC was clearly associated with the severity of RA disease. While rodent models in research aren’t always indicative of how a treatment or technology will play out in humans, they can often serve as a jumping-off point for more research in human patients.

The scientists concluded that this imaging agent in PET scans for RA enabled good visualization of active inflammation in affected arthritic joints. This suggests that the process may have potential in being useful for imaging in the early phases of RA.

Useful with other forms of arthritis

Researchers from Stanford University also recently found that PET scans can be useful in detecting another form of arthritis — OA, or osteoarthritis — at an earlier phase than ever before.

Their findings, “Quantitative imaging of bone–cartilage interactions in ACL-injured patients with PET–MRI,” appear in an April edition of Osteoarthritis and Cartilage.

The lead researcher of the Stanford study said in a statement, “Given the importance of detecting early stage OA disease in all joint tissues, there is great interest in evaluating bone remodeling as a marker of early bone degeneration and its potential as a target for disease modifying therapies. As a result, there is an urgent need to develop diagnostic technologies able to quantitatively evaluate early changes in bone remodeling and its role in degenerative changes observed in adjacent tissues.”

So, they studied early metabolic and cellular changes in both bone and cartilage by simultaneously using positron emission tomography (PET) in conjunction with magnetic resonance imaging, or MRI imaging.

The combination seems to have worked well for looking at OA.

While osteoarthritis and rheumatoid arthritis are different diseases, sometimes patients have both.

And sometimes, the types of imaging used to monitor or diagnose these diseases may overlap, whether it’s X-ray, CT scan, MRI, bone scans, ultrasound, or, now, PET scans.

So far, the Arthritis Foundation has not added PET scans to its list of imaging scans used to diagnose various forms of arthritis.

Dr. Philip Conaghan, a rheumatologist, told the Arthritis Foundation, “Both MRI and ultrasound are more sensitive at detecting bone erosion than X-ray. In addition, they also reveal inflammation, which we could not see directly before and had to rely on blood tests and using our fingers to feel the joints.”

But while PET scans aren’t commonly used for RA or OA just yet, the new research out of South Korea and Stanford University may hold promise for patients and rheumatologists alike.