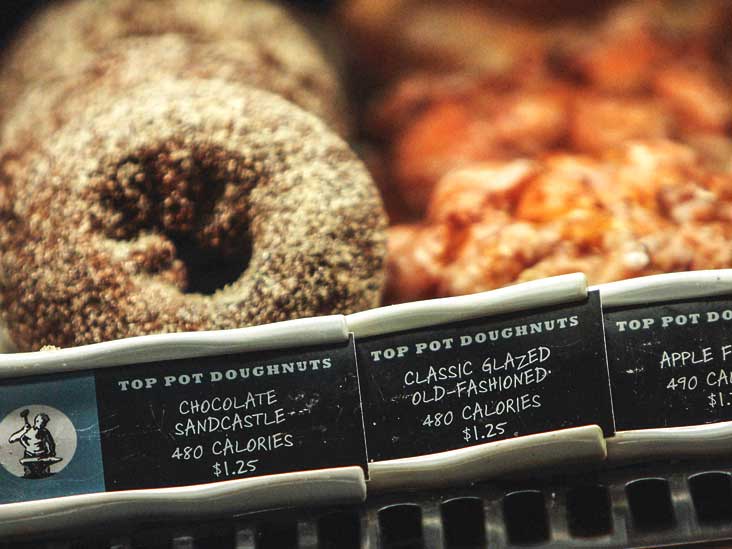 With the FDA’s new rules, will calorie counts on menus change the way we eat? 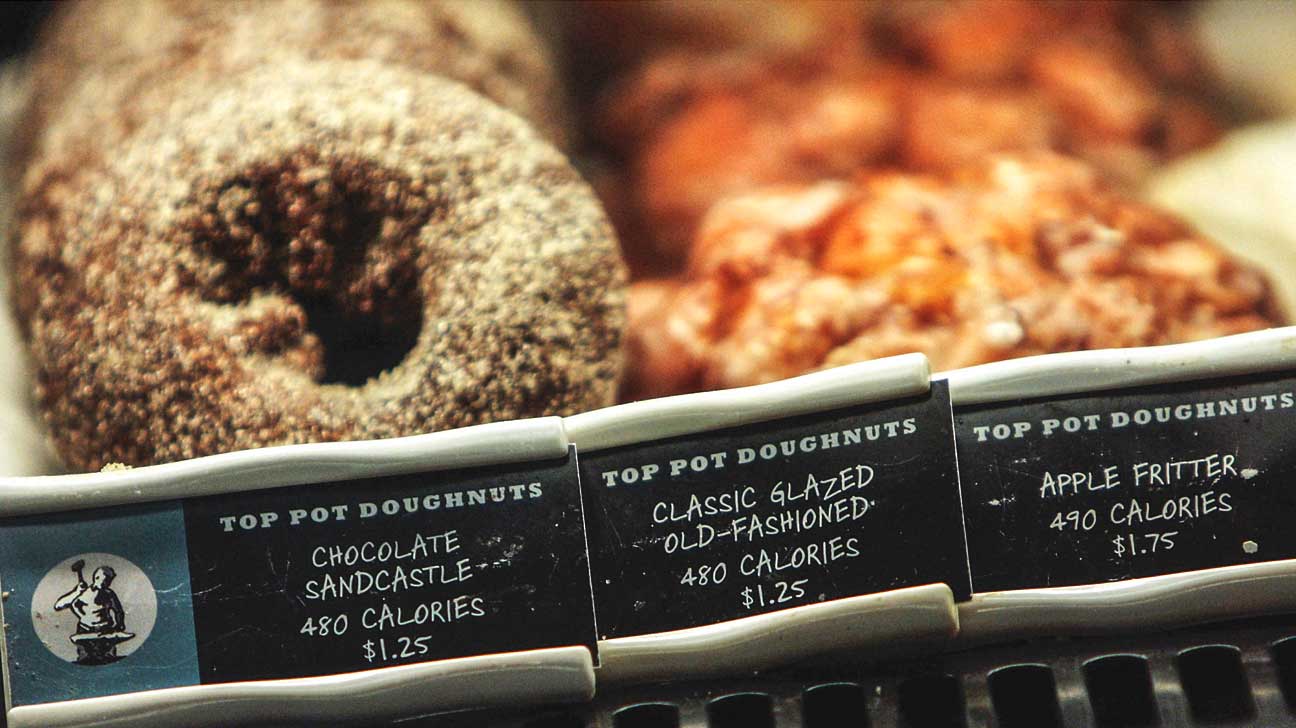 Gone are the days when you could eat an entire Chipotle burrito without the dread of knowing you’d just consumed over 1,000 calories.

You can now walk into any large chain restaurant and see just how many calories are in the foods you’re ordering.

Earlier this month, the Food and Drug Administration (FDA) implemented a new set of rules requiring restaurants, supermarkets, and convenience stores with 20 or more locations to go public with the calorie counts for standard menu items.

The new ruling comes at a time when America’s obesity crisis has reached historic heights — with about 70 percent of all U.S. adults being obese or overweight.

Not to mention, more and more people are eating their meals away from home — one-third of their caloric intake to be exact — and it’s a lot harder to know exactly what you’re putting into your body when you’re not doing the cooking yourself.

“The root causes of obesity are poor food choices, excessive snacking, and large food portions. You can’t change your choices if you don’t know what you’re eating in the first place,” said Dr. Joseph Galati, a hepatologist at Liver Specialists of Texas and president of the Texas International Endoscopy Center.

In addition to making a dent in obesity rates, the FDA hopes the mandate will help Americans reduce their risk of developing chronic diseases, such as heart disease, diabetes, and certain cancers.

By knowing how many calories are in the things that they eat and drink while dining out, consumers can, hopefully, make smarter decisions about their diets and well-being.

The big question, though, is whether or not these calorie counts will actually work.

So far, there hasn’t been much evidence regarding how calorie counts affect people’s purchasing decisions and, consequently, their health.

One review conducted by the Cochrane Collaborative did suggest that calorie counts can, in fact, reduce calories that people consume by approximately 50 calories a meal. While this doesn’t seem like much, that amount does add up and can ultimately drive population-wide changes.

“Over a year, based on that sort of reduction, you could end up consuming 10,000 to 20,000 fewer calories, making you three to five pounds slimmer,” FDA Commissioner Dr. Scott Gottlieb said in a statement.

“Consuming just 64 fewer calories per day, on average, would help the nation meet the government’s goal of reducing youth obesity by 2020,” he added.

In general, however, consumers aren’t widely informed about how many calories they should be eating each day.

That’s why the FDA is making sure the calorie counts are being put into context by ensuring that all menus, menu boards, and kiosks include a statement letting consumers know that daily caloric intake should come to about 2,000 calories.

Experts have found that people who are educated and informed about calorie counts find them to be extremely helpful in making lower-calorie choices.

“This is especially true when looking at ‘healthy foods,’” Allison Childress, PhD, a registered and licensed dietitian and assistant professor of nutrition at Texas Tech University, told Healthline. “Most people are shocked that salads and soups have as many — if not more — calories than some other menu items that might be perceived as ‘unhealthy.’”

The ruling in action

The mandate, which was originally approved in 2010 under the Affordable Care Act, was initially met with a ton of backlash from small- to medium-sized food providers who claimed it was too expensive and tedious to calculate calories in their rotating menu items.

Meanwhile, many larger restaurants — like Starbucks and Panera — slowly started to add calorie counts to their menus.

To minimize the burden, the FDA provided restaurants and retail establishments with flexible options regarding how they can comply with the menu labeling requirements in a way that works for both them and their customers.

Expect restaurants and prepared food sellers to up the competition in their quest to provide consumers with more healthful options.

This new regulation is part of a broader nutrition-focused initiative — deemed the Nutrition Innovation Strategy — the FDA announced earlier this year to help protect public health and empower Americans to live healthier lives.

“The Nutrition Innovation Strategy will modernize claims like ‘healthy’ on food packages, modernize how we establish standards of identity for foods, make ingredient information on labels easier to decipher, help streamline the process for establishing qualified health claims on food labels, and encourage companies to reduce sodium in their products,” the FDA said in a statement.

Consumers want to make more informed choices about what and how much they eat. Now they just need the tools and resources to do so.