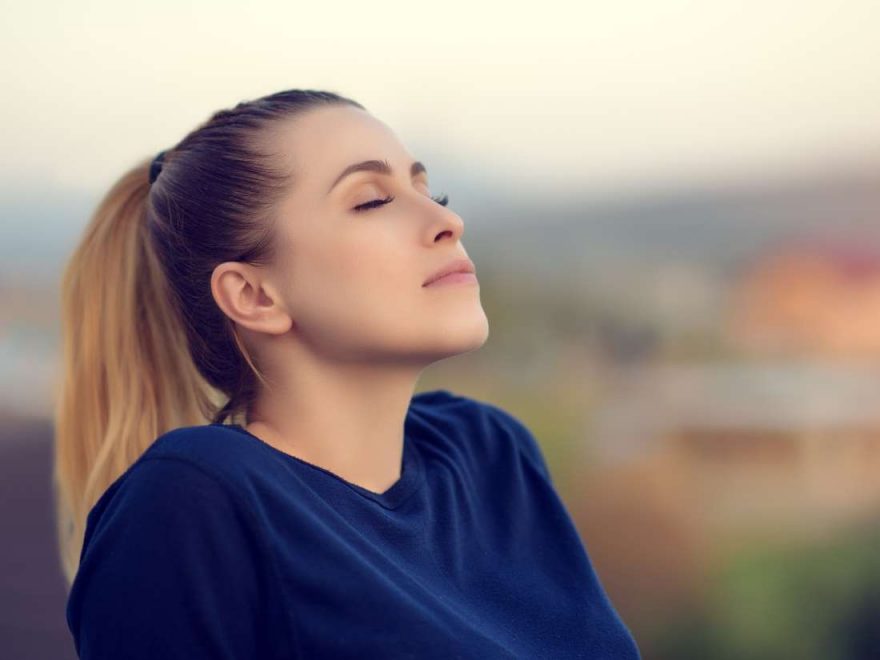 The technique is also known as “resetting your breath” or four-square breathing. It is easy to do, quick to learn, and can be a highly effective technique for people in stressful situations.

People with high-stress jobs, such as soldiers and police officers, often use box breathing when their bodies are in fight-or-flight mode. This technique is also relevant for anyone interested in re-centering themselves or improving their concentration.

Read on to discover the four simple steps required to master box breathing, and to learn more about other deep breathing techniques.

Box breathing is a simple technique that a person can do anywhere, including at a work desk or in a cafe. Before starting, people should sit with their back supported in a comfortable chair and their feet on the floor.

If someone finds the technique challenging to begin with, they can try counting to three instead of four. Once someone is used to the technique, they may choose to count to five or six.

Mark Divine, a former Navy SEAL commander, recommends “maintaining an open, expansive feeling” while holding the breath in. In the video below, he describes how to use box breathing.

Box breathing could provide a number of benefits to those that use it. Below are four potential benefits of box breathing, with research to support the claims.

Deep breathing techniques have been shown to significantly reduce the production of hormones associated with stress, such as cortisol.

In one study, participants showed lower levels of cortisol after deep breathing, as well as increased attention levels.

According to some studies, the use of breathing techniques can be useful in the reduction of anxiety, depression, and stress.

One study was able to show that breathing techniques could bring about better focus and a more positive outlook.

Participants in the study were also more able to manage impulses, such as those associated with smoking and other addictive behaviors.

Studies suggest that box breathing may have the ability to change someone’s future reactions to stress. Researchers have even suggested that “relaxation response” practices, such as meditation, deep breathing, and yoga, can alter how the body reacts to stress by changing how certain genes are switched on.

According to the study, this effect occurs in both in short-term and long-term practitioners of these techniques. However, the effect is more significant in long-term users.

Many breathing techniques are classed as diaphragmatic breathing or deep breathing. Box breathing is one of the easiest to master, and is a great entry point into breathing methods.

While many people use deep breathing techniques independently, there are also many apps available that are helpful for those people who are just learning how to do guided meditation and breath work.

With only four steps, mastering box breathing is possible for anyone looking to add more consciousness and relaxation to their daily routine.

Box breathing is one of many breathing techniques that can be useful in the reduction of day-to-day stress. Studies have shown the immediate and long-term benefits that this technique and others can provide.

Although more research is needed, current studies are convincing in their evidence for box breathing as a powerful tool in managing stress, regaining focus, and encouraging positive emotions and state of mind.