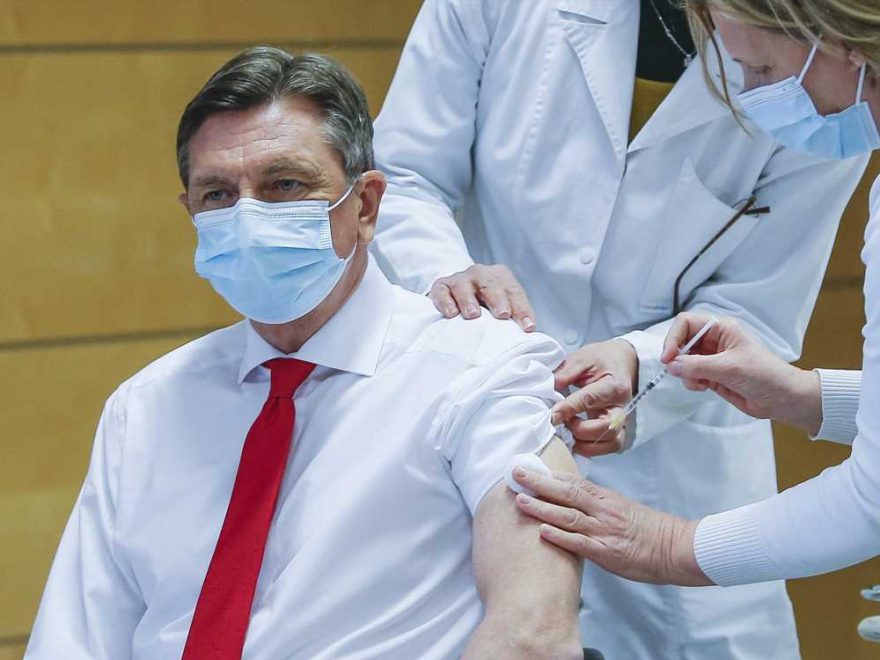 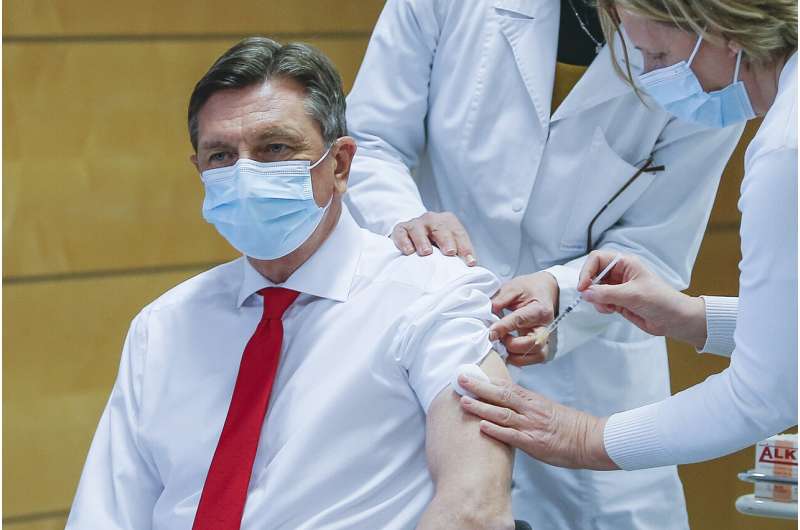 Countries across Europe resumed vaccinations with the AstraZeneca shot on Friday, as leaders sought to reassure their populations it is safe following brief suspensions that cast doubt on a vaccine that is critical to ending the coronavirus pandemic.

France’s prime minister rolled up his sleeve to get the vaccine and Britain’s planned to, as did a handful of other senior politicians across the continent where inoculation drives have repeatedly stumbled and several countries are now reimposing lockdowns as infections rise in many places.

Britain is a notable exception: The outbreak there has receded, and the country has been widely praised for its vaccination campaign, though this week it announced that it, too, would be hit by supply shortages. The U.K. also never stopped using AstraZeneca. European Union countries, by contrast, have struggled to quickly roll out vaccines, and the pause of the vaccine by many this week only added to those troubles.

The suspensions came after reports of blood clots in some recipients of the vaccine, even though international health agencies urged governments to press ahead with the shot, saying the benefits outweighed the risks. On Thursday, the European Medicines Agency said that the vaccine doesn’t increase the overall incidence of blood clots, though it could not rule out a link to a small number of rare clots. 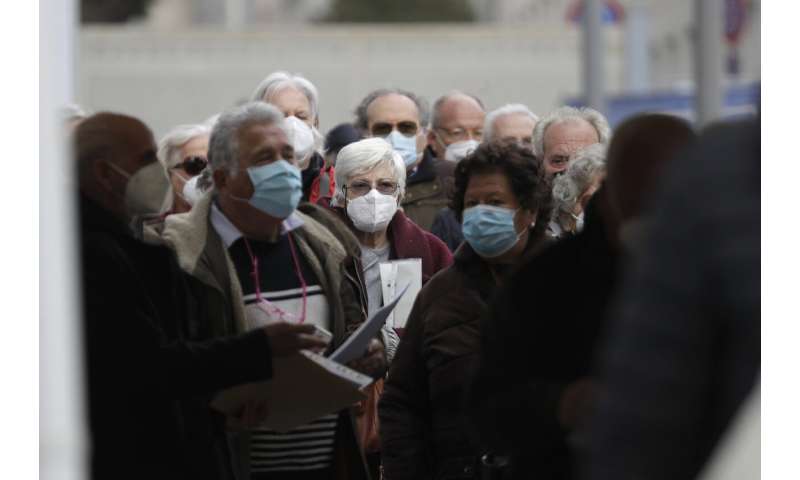 The move paved the way for a slew of European countries including Italy, France and Germany to begin using the vaccine again.

“It’s clear that the revocation of the suspension is for us a great relief because we have to strongly accelerate the vaccination campaign,” said Dr. Giovanni Rezza, the head of prevention at the Italian Health Ministry.

Rezza told reporters in Rome that Italy only reluctantly halted the campaign out of an abundance of caution, but needed to ramp it back up quickly to make up for lost time now.

He said Italy needed to more than double the 200,000 vaccinations per day the country had reached before the suspension to reach its goal of inoculating 80% of the population by September.

Health experts have expressed concern that even though the suspensions were brief, they could still damage confidence in the vaccine at a time when many people are already hesitant to take a shot that was developed so quickly. While many EU countries have struggled with such reluctance, it’s even more of a worry in developing nations that may not have any other choice of vaccine. AstraZeneca, which is cheaper and easier to store than many rival products, is the linchpin in vaccination drives in many poorer countries. 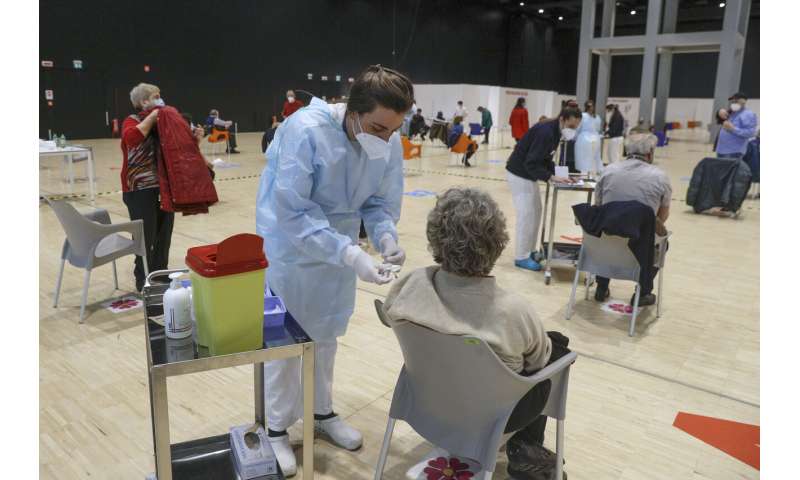 Castex, 55, said he stepped up because he wanted to show full confidence in the shot, even though he is not yet eligible under France’s rules. The former director of the Pasteur Institute, Patrick Berche, told BFMTV the move was “a very beautiful gesture.”

France restarted the vaccine with some restrictions that seemed aimed at reducing the risk of potential side effects even further.

Other countries that are resuming their use of AstraZeneca shots include Bulgaria, a nation of 7 million where only 355,000 people have been vaccinated with a first dose so far—the lowest number in the European Union. 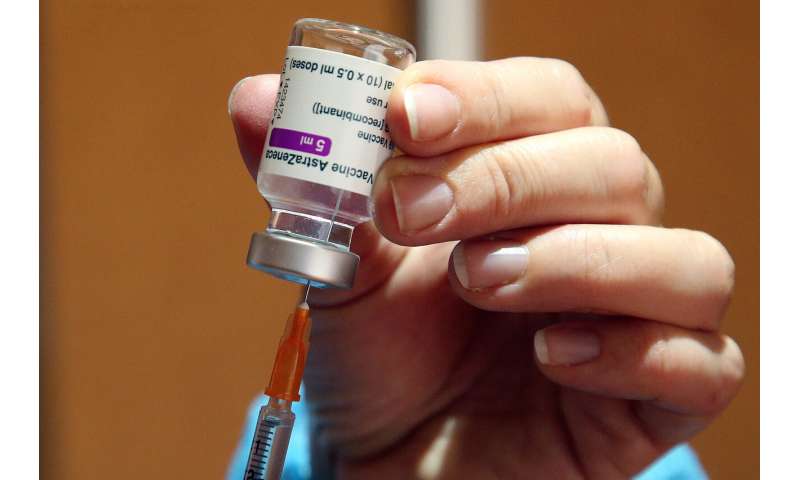 But not everyone was as quick to return to the vaccine. Sweden, Norway and Denmark, which was the first country to pause using AstraZeneca, said they would wait another week before deciding whether to resume. And Finland decided to pause the vaccine for the first time Friday, saying it would suspend use for a week while it investigated two suspected cases of blood clots.

Though there are concerns that the pause may have sown long-lasting doubts, some were relieved that the vaccine was available again Friday.

Marvin Brandl, 28, an emergency paramedic, was among a group of health care workers who got a shot in the German city of Cologne. He voiced trust in all the vaccines that have been approved by the EU.

“Last night when I found out that vaccination was possible again, I made the appointment right away and then I was satisfied and grateful that I was able to get vaccinated,” Brandl said. 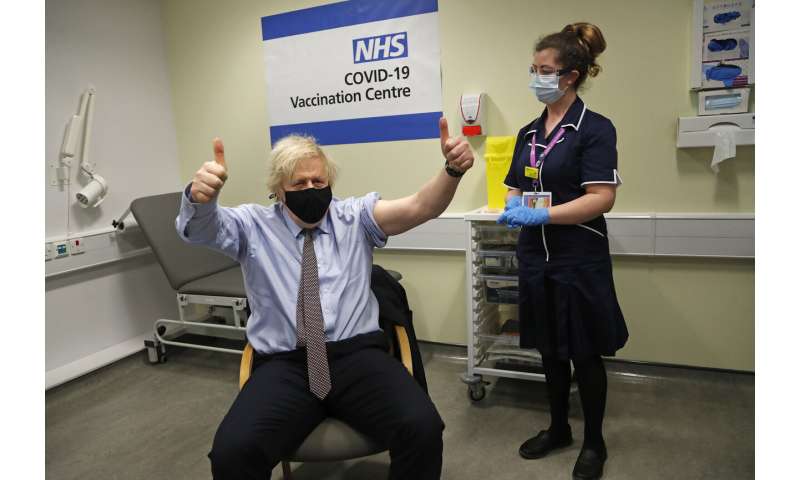 Authorities in Berlin said two large vaccination centers were reopening Friday and that people whose appointments were canceled this week will be able to get the vaccine over the weekend without making a new one.

After several stumbles in the vaccine rollout, EU governments are keen to get shots rolling again, especially since infections and hospitalizations are rising dramatically in many countries, with many officials saying they are either entering or already are in a “third wave.”

Infections rates in Germany are “now clearly exponential,” Lars Schaade, the deputy head of the Robert Koch Institute, said. Officials have warned that country could face a return to stricter lockdown measures by Easter.

In France, the government backed off ordering a tough lockdown for Paris and several other regions, instead announcing a patchwork of new restrictions despite an increasingly alarming situation at hospitals with a rise in the number of COVID-19 patients. 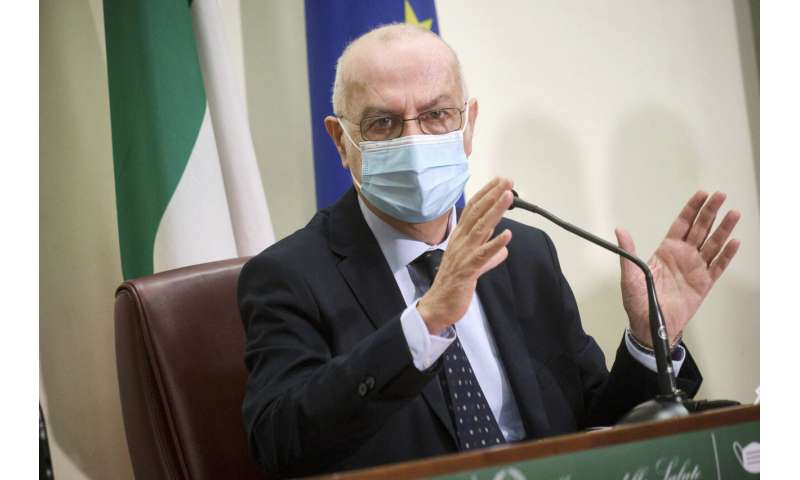 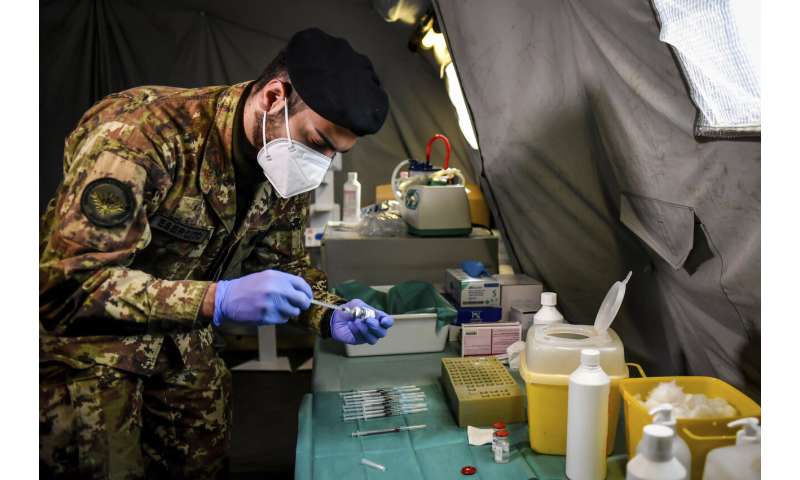 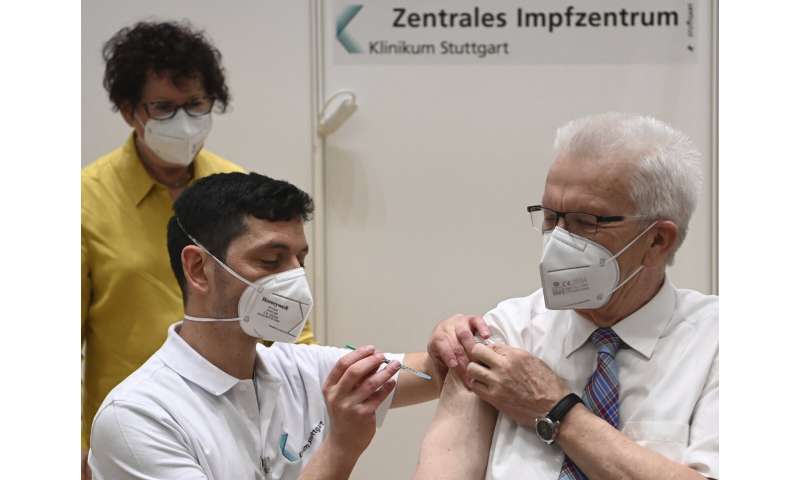 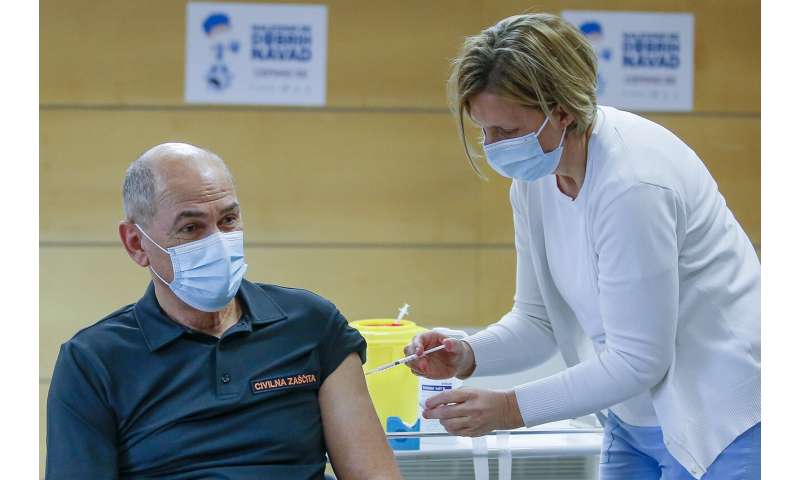 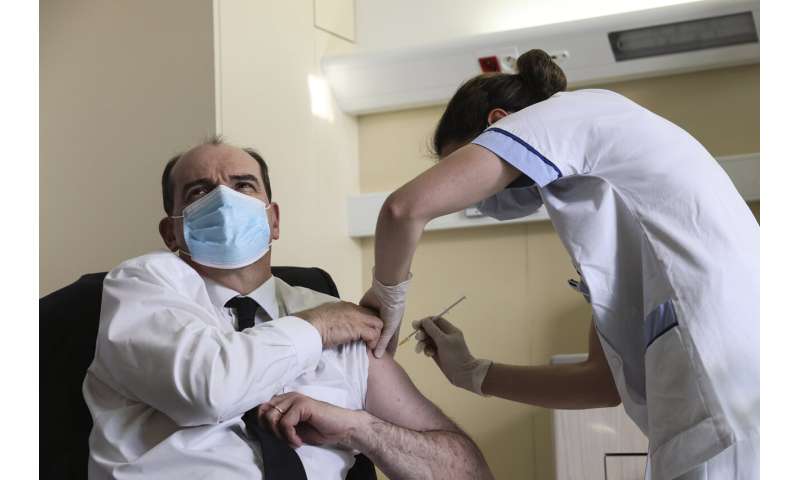 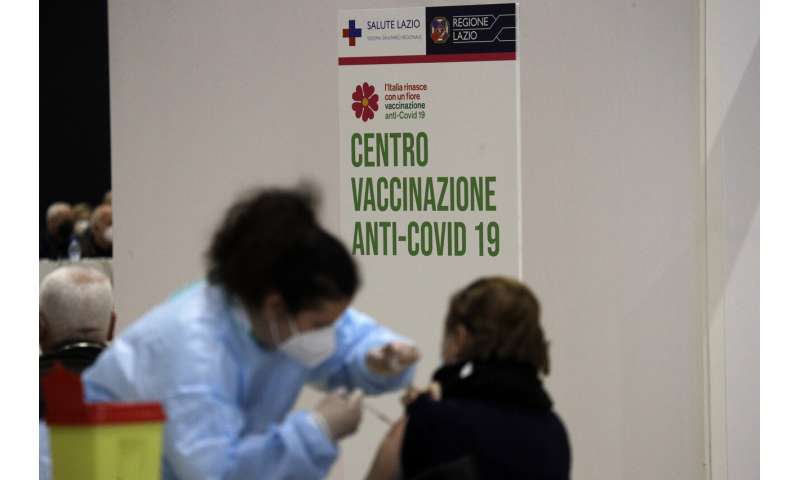 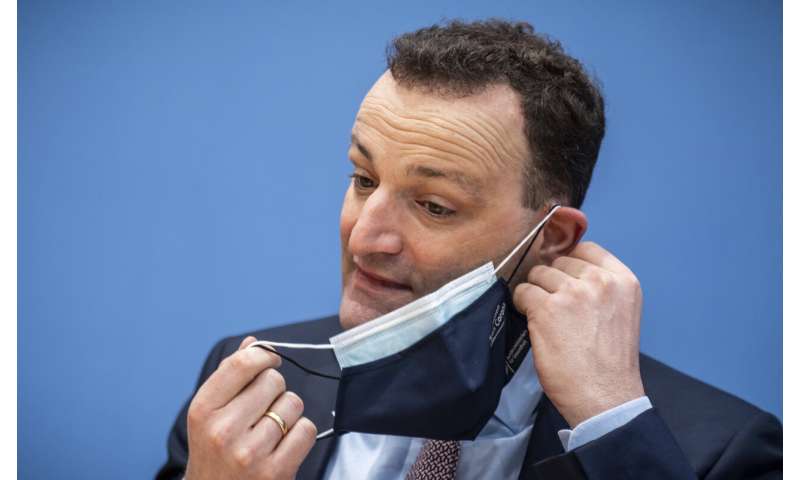 In Poland, more people are on respirators than at any time since the start of the pandemic and children make up a greater percentage of those hospitalized. Officials blame the surge on a more transmissible mutation first identified in Britain that is spreading like wildfire in the country, and they say the worst is yet to come. The central European nation is preparing to enter a new nationwide lockdown on Saturday—albeit one that is less restrictive than the one imposed a year ago.

Hungary, meanwhile, extended lockdown restrictions for another week as a powerful surge breaks records each day—despite the fact that the country has the second-highest vaccination rate in the EU after Malta.