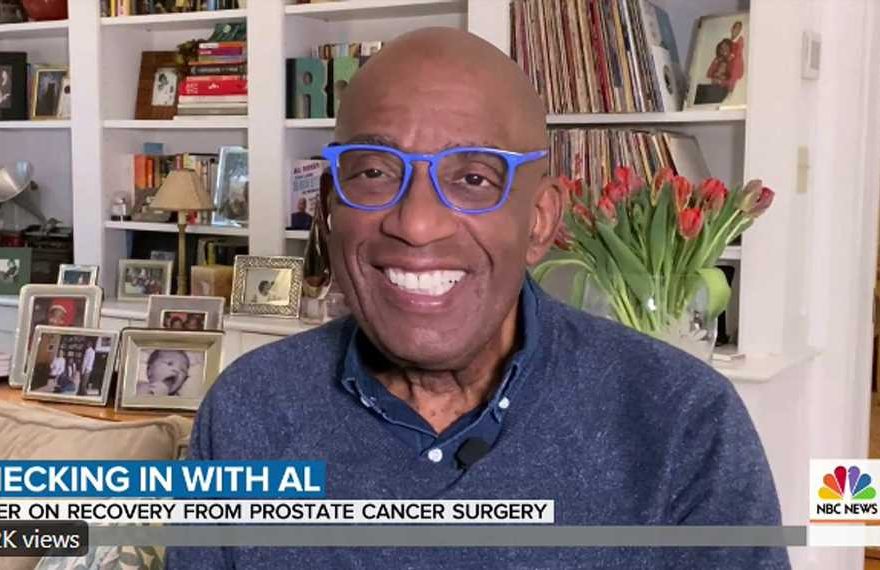 On Tuesday, the TV weatherperson, 66, appeared on the NBC morning show for the first time since revealing his cancer diagnosis on the Nov. 6 broadcast. Roker told Savannah Guthrie and Hoda Kotb that he's "doing great."

"I'm doing great, but better for seeing you two, let me tell you, and to be with you. It really is special," said Roker. "And walking around, the number of people just giving me a thumbs up, 'Way to go,' and 'Hope you're doing well' has meant all the world to me. I just went to the doctor's yesterday and I got some good news."

Roker called his diagnosis "life-changing" and, last Monday, the Today personality had a five-hour surgery to remove his prostate and several lymph-nodes. "I'm told it went well," said Roker. Doctors said he has no evidence of cancer now but will continue to be monitored in the coming years.

"The outpouring of love and support that I have received from all of you, including the prayers, have been truly heartening. And this Thanksgiving, I'm truly thankful for all of you," he added.

Roker said that he feels better after the surgery but still has some swelling, joking that he feels like the Michelin Man at the moment.

"I didn't feel like I had major surgery, but I have this swelling around my stomach so clothes don't fit quite right right now and I'm very vain," he said, as Guthrie jested, "It means you can have sweatpants!" Roker replied, "They're back."

He said that he learned of his optimistic prognosis from the doctors with wife Deborah Roberts and 18-year-old son Nicholas by his side. "It was a great relief," Roker said. "Look, we're not out of the woods … but for a first start, this is terrific news. I'm gonna be up for, as a lot of people who live with cancer, up for lifelong testing to make sure this doesn't come back."

On Thursday, Roker gave fans an update on his health, writing on his Twitter and Instagram account, "Relieved to let you all know that my #prostatecancer surgery is done and back home." In one photo, the star smiles as he gives a thumbs-up to the camera.

"A big shoutout to everyone at the and appreciate all the thoughts and wishes from our viewers and the wonderful care packages from my co-workers," he captioned the shots. "See you all soon."

Roberts, 60, added on her Instagram: "Let the healing begin. I am so in awe of this guy and his indomitable spirit. So blessed and grateful for avalanche of love, prayers and support for @alroker #gratitude."