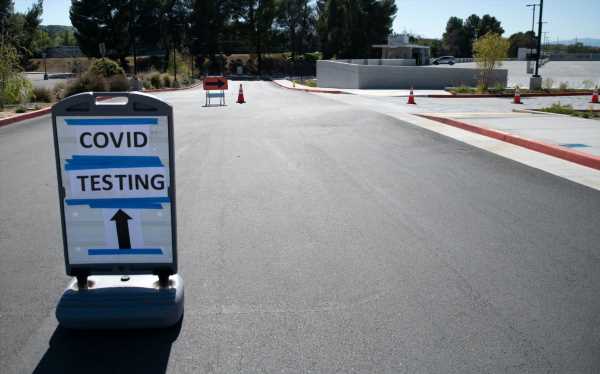 Officials have confirmed the first known omicron variant (B.1.1.529) case in the United States.

The case was an individual who had returned to California from South Africa on Nov. 22 and tested positive for COVID-19 on Nov. 29, Dr. Anthony Fauci, the director of the National Institute of Allergy and Infectious Diseases said at a White House briefing on Wednesday (Dec. 1). None of the individual’s close contacts have tested positive, he said.

The individual was fully vaccinated and experienced mild COVID-19 symptoms that are improving, Fauci said. To his knowledge, the person hadn’t received a booster shot.

The University of California, San Francisco confirmed that the individual was infected with the omicron variant, after scientists at the university analyzed the individual’s test samples. The CDC labs later confirmed the finding.

“We knew that it was just a matter of time before the first case of omicron would be detected in the United States,” Fauci said during the briefing.

Scientists in South Africa first report omicron to the World Health Organization on Nov. 24, and the WHO identified it as a “variant of concern” on Nov. 26, Live Science previously reported. Since the variant’s discovery, dozens of other nations, including Canada and England, have confirmed cases of omicron.

Scientists aren’t sure yet whether the omicron variant is more transmissible or more severe than other coronavirus variants; and they don’t yet know how effective current vaccines are at protecting against omicron. What is clear is that omicron has a lot of mutations to its spike protein, the arm the novel coronavirus uses to latch onto and invade human cells.

—The deadliest viruses in history

In two to three weeks, scientists should have answers to some of these questions, Fauci said during the briefing.

He noted that people should continue masking when indoors, congregate settings; Fauci also stressed the importance of getting a COVID-19 vaccine if you haven’t already, and for those who have and it’s been six months since your last dose of the Moderna or Pfizer-BioNTech vaccine, a booster shot is in order, he said. For those who received the Johnson & Johnson vaccine, a booster is recommended two months following that shot.

Even though the vaccine isn’t targeting specific variants such as the delta or omicron, when you get a high enough level of an immune response (such as from a booster), you get “spillover protection,” Fauci said.

“Even though we don’t have a lot of data on it , there’s every reason to believe that that kind of increase that you get with a boost would be helpful at least in preventing severe disease of a variant like omicron.”