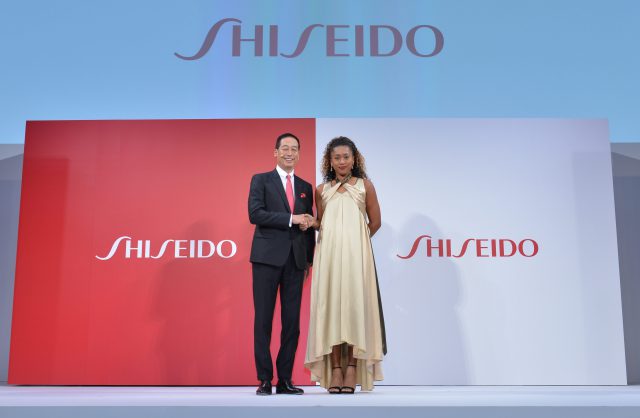 TOKYO—Japanese beauty giant Shiseido on Tuesday tapped tennis champion Naomi Osaka as brand ambassador. The U.S. Open winner, who was the first Japanese player ever to win a Grand Slam, will initially represent BareMinerals, as well as the sunscreen brand Anessa, for an undisclosed amount.

Other companies have courted the 21-year-old tennis star, including Adidas, who in September gave a contract to Osaka for a reported record-breaking $8.5 million per year. Osaka is also partnered with Japanese firms Nissan Motor, broadcaster Wowow Inc., and Citizen Watch. In partnering with Shiseido, Japan’s largest cosmetics company and the fifth largest beauty company globally, the bi-racial Osaka adds inclusivity into the beauty landscape in a nation that prizes fair skin.