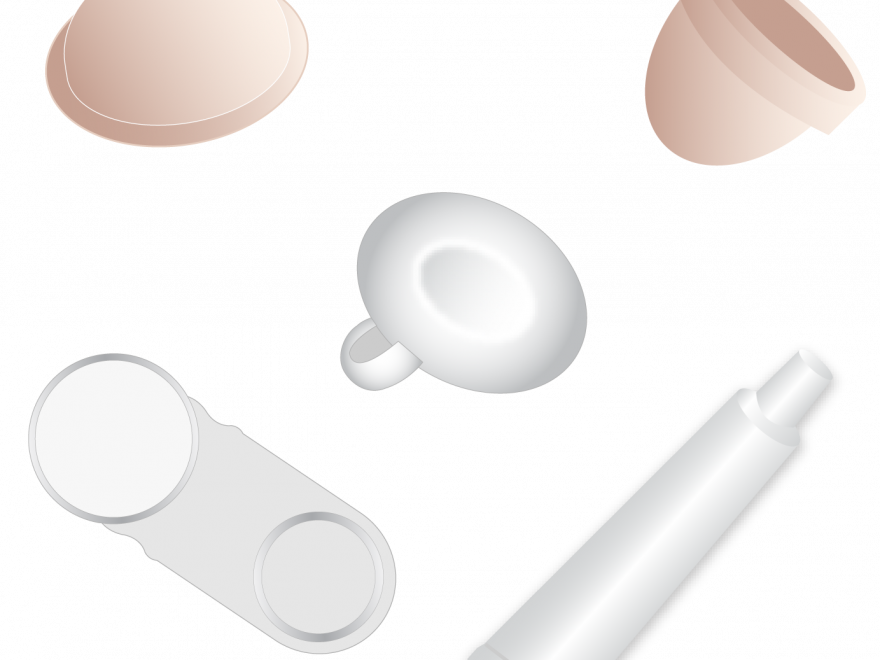 What does the term “barrier method” mean?

A “barrier” is something that blocks or separates; for example, a wall or a fence. The term “female barrier method” of birth control means that there is a barrier (either physical or chemical) that is used to prevent a man’s sperm from reaching a female’s egg and thus preventing pregnancy.

Take a look at the image below to become familiar with the female reproductive system.

What are the different types of female barrier methods?

There are five types of female barrier methods:

How does each method work, and how effective are they at preventing pregnancy?

Spermicides are a chemical barrier method of birth control that come in different forms, such as foams, creams, jellies, suppositories (small oval shaped devices that get placed in the vagina and release a foam), and films (small paper-like tissues that get inserted into the vagina). They work to prevent pregnancy by paralyzing or killing sperm so that the sperm can’t pass through a woman’s cervix and reach her uterus.

A cervical cap is a small dome-shaped cup that fits tightly around the base of a woman’s cervix (the opening of the uterus at the top of the vagina). The cap forms a physical barrier to stop sperm from reaching a woman’s uterus. The FemCap is the only brand of cervical cap that is currently available in Europe, Canada, and the United States. Note: Spermicide always needs to be used with the cervical cap.

To understand how effective the cervical cap is, first you need to know that there are two different sets of efficacy rates. One set is called “nulliparous” and another called “parous.” Nulliparous is a medical term that means a woman has never given birth to a baby. Parous is a medical term that means that a woman has given birth to one or more babies.

The contraceptive sponge is a small, doughnut-shaped foam sponge that contains spermicide. It’s placed in a woman’s vagina, and a “dimple” on one side fits over the cervix and stops sperm from reaching the uterus. Once in the vagina, the sponge releases spermicide.

Like the cervical cap, the contraceptive sponge has two different sets of efficacy rates; one for “nulliparous” women and one for “parous” women.

A diaphragm is another small dome-shaped device that fits inside the vagina and covers the cervix. To obtain a diaphragm, a woman will need to be fitted for one by her health care provider, and she will also need a prescription. Note: Spermicide always needs to be used with a diaphragm.

For the most part, no. The cervical cap, contraceptive sponge, diaphragm, and spermicide do NOT protect against STIs. The ONLY female barrier method that protects against STIs is the female condom.