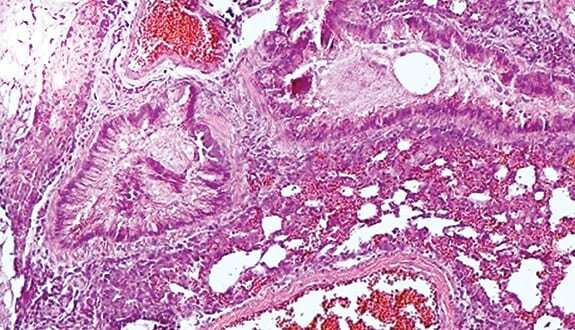 Professor Sang-Moo Kang may have found a way to make a safe vaccine for RSV, an infection that hospitalizes more than 50,000 infants every year.

Nearly 57,000 children under the age of five are hospitalized each year in the U.S. with respiratory syncytial virus (RSV), which typically causes cold-like symptoms but can lead to serious respiratory distress. RSV is the most common cause of bronchiolitis (inflammation of the small airways in the lungs) and pneumonia (infection of the lungs) among babies in this country, and it’s also a major cause of severe respiratory illness in older adults, according to the Centers for Disease Control and Prevention.

Despite decades of work by scientists, there is no vaccine to prevent RSV infection, partly because of a disastrous vaccine failure during a 1966 clinical trial. The early vaccine not only failed to protect children, it made their symptoms worse. Two toddlers died and several infants were hospitalized with what’s known as “vaccine-enhanced respiratory disease.” High blood pressure: Cut back on this popular food to lower your reading