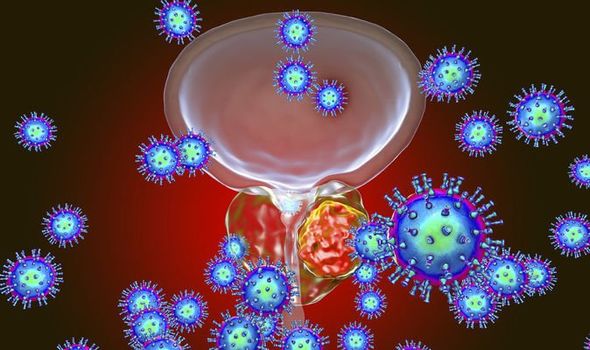 Scientists said the discovery could lead to a “paradigm shift in the way we diagnose prostate cancer”.  More than 47,000 men are ­diagnosed with the disease every year in the UK. Current ­prostate-specific antigen (PSA) testing spots tumours early but has a high rate of false positives. When a high PSA level in the blood is detected, a tissue biopsy of the prostate gland is carried out.

After the procedure, which carries a significant risk of bleeding and infection, three-quarters of men with elevated PSA levels are found not to have cancer.

For those who do, doctors often struggle to work out which cases are aggressive and need treatment and which can be left alone as they are unlikely to prove fatal.

The new CTC test was developed by researchers at Queen Mary University of London.

It measures living cancer cells in the blood, rather than the PSA protein which may be present for reasons other than ­cancer. 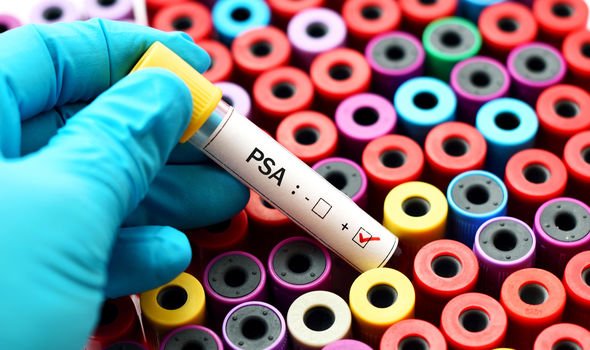 “Testing for circulating tumour cells is efficient, non-invasive and potentially accurate, and we’ve now demonstrated its potential to improve care.”

The study, in the Journal of Urology, looked at the use of the CTC test in 98 pre-biopsy patients and 155 newly diagnosed prostate cancer patients at St Bartholomew’s Hospital in London.

When the two blood tests were used together, they predicted the presence of dangerous tumours with more than 90 percent accuracy.

The number and type of CTCs in the blood also helped indicate how aggressive the cancer was.

The findings will need to be ­validated by further studies.

If ­successful, researchers said the CTC test could be available on the NHS in as little as three years.

Sara Hiom, Cancer Research UK’s director of early diagnosis, said: “It’s early days, so the next steps would be to study a larger number of people.”

The study is small but seems to demonstrate that testing for prostate cancer cells could help better predict which men are likely to have clinically significant prostate cancer and should go for further investigation.

It would be important to see these results refined in larger studies before clinicians could rule out tests such as biopsy.

Prostate cancer diagnosis urgently needs to improve if we are going to save more lives.

It is the most commonly diagnosed cancer in men in the UK and kills one man every 45 minutes.

We and others are investing in research to try to find the tests and methods which could hopefully in the future be used as part of a national screening programme.

For now, though, it is important that any man with suspected prostate cancer following a PSA test is offered a high-quality MRI scan.

This is currently the gold standard for diagnosis but is not yet available to all men in the UK. Men over 50 are at higher risk and should consider discussing the disease with their GP.

Anyone with concerns can speak to one of Prostate Cancer UK’s specialist nurses on 0800 074 8383.